Racist Incidents in the UK 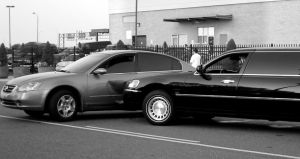 Race relations continue to be a hot topic among politicians, parents, and human rights groups. While racist issues have declined in some areas of the UK, a recent report conducted in June of 2014 suggests that racist incidents still occur with frequency. Minimal action allows these incidents to continue. In the June study, only 12 out of 14,000 race hate crimes in Northern Ireland resulted in successful prosecutions. Results such as these paint a bleak picture, especially when UK residents no longer have confidence in their leaders when it comes to protection under the law.

Perhaps the most disturbing aspect of racism in the UK, is that much of it occurs in schools. In a study conducted by the BBC between 2007 and 2011, roughly 88,000 racist incidents were reported in schools. These incidents often occurred between students who were in their teenage years. The study highlighted the fact that younger children often do not exhibit racist behaviour toward one another yet. This is due to the fact that racist behaviour is learned most often from parents. The home environment in which a child is raised often dictates different degrees of racism. In some of the reported cases, teachers exhibited racist tendencies toward students as well. One of the more troubling aspects of racism in UK schools, is that racist bullying often goes unreported. Students and parents often remain quiet for fear of revenge tactics carried out by the bullies themselves, or even by school administrators. Everyone must do their part to stop this cycle of racism.